Commemorating the Victims of the Great Famine of the 1930s 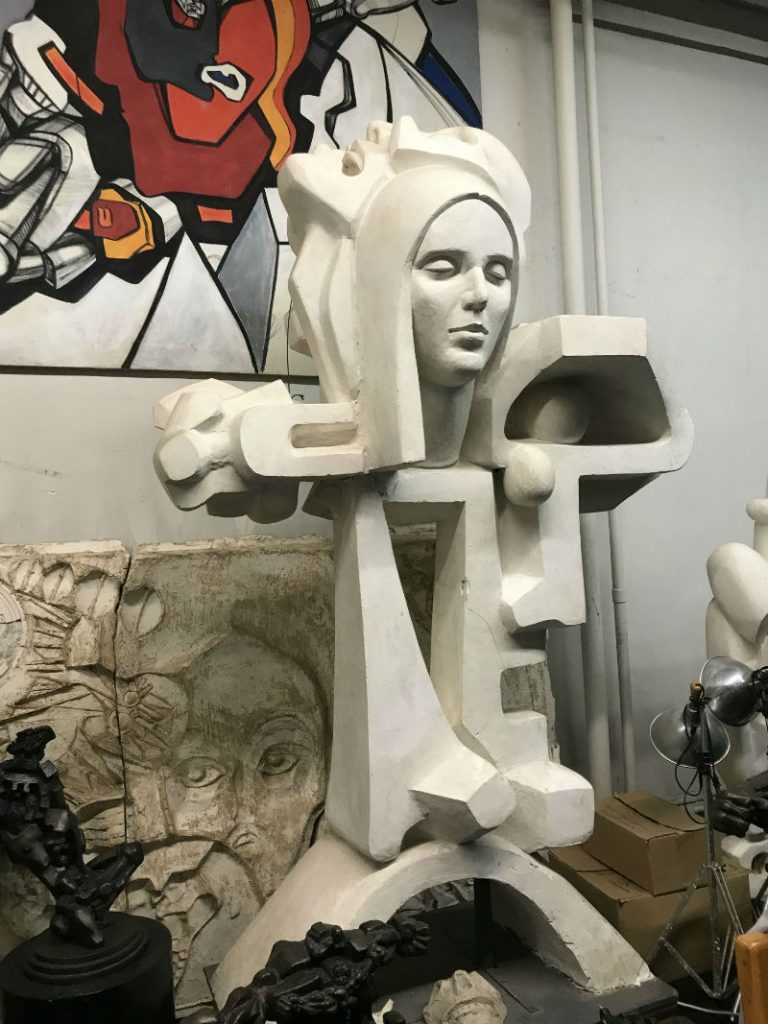 We appeal to the citizens of Russia and other states who respect the memory of victims of Golodomor- the worst man-made famine of the 20 century. Your donations and partial proceedings from the film “Big Lies” will be used to finance the creation of the FIRST EVER MEMORIAL TO THE VICTIMS OF GOLODOMOR IN RUSSIA. This memorial, designed by world renown Russian-American artist Ernst Neizvestny, will be erected in one of Russia’s regions who suffered most from Golodomor.

“Ernst Neizvestny has always paid special attention to memorials dedicated to the victims of political repressions in Russia. Such memorials, created in Magadan and in Elista (Kalmykia), are well-known. After his death, the monument “Europe and Asia” was erected—with 27 years delay! (In Ekaterinburg it was supposed to form a part of the bigger memorial “Triangular of Crucifixion,” which was never accomplished). Yet another project was planned in Vorkuta but never implemented. Many other projects were in the pipeline but were not destined to materialize. This is why I was pleased when I was asked to donate one of Ernst remaining works to be erected in Russia to commemorate victims of the Great Famine of the 1930s.  I hope that following this first memorial to the victims of Golodomor more monuments will be erected in different parts of Russia which had suffered from the war against its own peoples initiated by the Soviet rule. I would like to thank the authors of this film for such a wonderful idea and wish luck to the film itself.”

Back in 2003, a Joint Statement was adopted in New York during the 58 General Assembly to commemorate the 70th anniversary of Golodomor in Ukraine, which stated, in particular, “Millions of men, women, and children in the Soviet Union became the victims of cruel actions and policies of the totalitarian regime…Commemorating the 70th anniversary of tragedy in Ukraine we also pay respect to the memory of millions of Russians, Kazakhs and representatives of other nationalities who perished from hunger in the Lower Volga region, Northern Caucuses, Kazakhstan and other regions of the former Soviet Union as a result of civil war and forced collectivization and which left incurable wounds on the conscience of future generations“.

Despite this statement signed by Russia in the UN as well as a special statement by the State Duma on this issue, until the present day not a single official memorial was erected to commemorate this historic tragedy of great hunger of 1931-1933.

Following above decisions by the UN and based on the national initiatives, a number of monuments to commemorate victims of Golodomor, have been erected lately in the following countries: Australia (3 monuments), Argentina, Belarus, Hungary, Germany, Italy, Canada (4 monuments), Kazakhstan, and Poland.